This is Scientific American — 60-Second Science. I'm Christopher Intagliata.
Birds in Europe have the same problem as residents of cities like New York and L.A.: a housing crisis. Not enough nest space to go around. For a species called pied flycatchers that migrate from west Africa, things can get deadly if they end up nesting in the wrong spot.
"There's no chance for them." Jelmer Samplonius is a climate change ecologist at the University of Edinburgh. He says the flycatchers face fearsome foes, in the form of bigger resident songbirds, called great tits. "The great tit basically splits open the skull at the back and eats the brain. That's the gist of it."
Samplonius and his colleague Christiaan Both recorded more than a decade's worth of those conflicts in nearly a thousand nest boxes in the Dutch countryside. They determined that warmer winters can boost resident great tit numbers — increasing the chance of flycatcher slaughter. 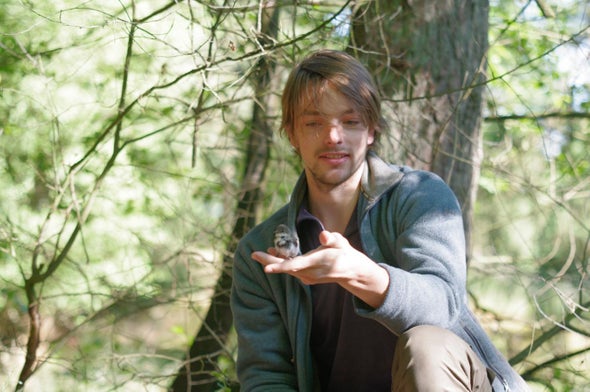 But warmer springtime temperatures can throw the two species' nesting times out of sync — actually reducing deadly conflict. In addition, over the past 30 years, male flycatchers seem to be arriving earlier and earlier, regardless of springtime temperature trends. In other words: "It's complex."
But the upshot is that conflicts between the birds are on the rise, when some of these shifting factors align. And when they do, as many as one in ten male flycatchers can die at the claws of great tits. The death tolls are in the journal Current Biology.
The bloodbath doesn't seem to be affecting the overall flycatcher population...yet. Perhaps because the victims are primarily males that arrival late, destined to fail at the mating game anyway. But Samplonius says if climate change increases the numbers of resident birds, the migrants could increasingly arrive at their breeding grounds, and find an eviction notice..., or worse, a literally head-splitting situation.
Thanks for listening for Scientific American — 60-Second Science. I'm Christopher Intagliata.