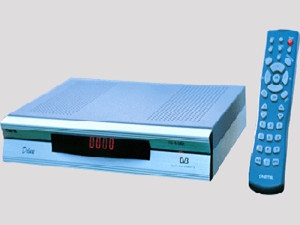 JUDY WOODRUFF: What must Al-Jazeera do to win that fight?

We explore the challenges ahead with Deborah Potter, a former reporter for CBS News and CNN who is now executive director of News Lab, a resource center for television and radio news organizations. And Philip Seib, he's director of the Center on Public Diplomacy and professor of journalism and international relations at the University of Southern California. He is also author of a number of books, including "Al-Jazeera English."

Welcome to the NewsHour to both of you.

Deborah Potter, let me start with you. So what does Al-Jazeera America bring to the news landscape in this country that is not already here?

DEBORAH POTTER, NewsLab: Well, they're promising to bring almost 24-hour live news, so no taped programs late at night, repeats and so forth, so live fresh news through the day and through the evening, that is sort of straightforward and hard -hitting. They promise depth.

And they promise not the kind of thing that you see on some of the cable networks, lots of opinion and shout-fests and so forth. That's what they say they will be delivering.

JUDY WOODRUFF: And, Phil Seib, is that different from what exists in the landscape right now? I guess we could argue about what is out there, but how do you see what they bring?

PHILIP SEIB, Center on Public Diplomacy: Well, I think they're counting on there being an audience for kind of old-fashioned journalism, hard-edged journalism.

I expect they will do a lot of investigative work for and stay away from the Lindsay Lohan escapades and things like that.

JUDY WOODRUFF: Well, you have written a book about Al-Jazeera English. Of course, they're connected, same owner, the Al-Jazeera media network.

Tell us a little bit about who the owners are. And we know they're based in the Persian Gulf kingdom of Qatar. Who are they and what is their connection to Al-Jazeera America?

There's an Al-Jazeera station in Sarajevo. They have got sports channels and children's channels. And it's basically a function of the royal family of Qatar, which is Al-Jazeera America has a financial plan that everybody else in the business is going to envy. There's lots and lots and lots of money.

And so if Al-Jazeera America wants to send a reporting team to some obscure place, they don't have to worry too much about budget. And that should give them a leg up also in their reporting efforts.

JUDY WOODRUFF: Is it pretty much unlimited budget, spending?

DEBORAH POTTER: It sounds like it. These are very deep pockets that they're connected to.

And they're certainly counting on that, because they're going on the air with almost no commercials. About six minutes an hour is what they say they will have. That suggests that they either haven't been able to line up very many sponsors or that they really want to keep down to differentiate themselves again from what is already available.

DEBORAH POTTER: Well, I will certainly say that the journalists who have gone to work there have been promised editorial freedom.

They're not expecting to be messed with from the Middle East. There were some issues when Al-Jazeera English launched. Some prominent people left, saying that they had had their stories and their copy dictated from across the ocean. And I think that maybe the channel learned something from that and recognized that they got a black eye, and they don't want to do that again.

JUDY WOODRUFF: Phil Seib, how do you see this question of editorial freedom?

PHILIP SEIB: I agree with Deborah about that.

I think Al-Jazeera in Qatar knows that the -- to succeed in the United States, they have to clearly be independent. And if there's any controversy about meddling by the people who hold the money, then I think that is going to be a big issue.

JUDY WOODRUFF: And I think we saw in the last few days there was a -- there's been some reporting about a memo written by one Al-Jazeera official worried that Al-Jazeera America was trying to Americanize Al-Jazeera.

DEBORAH POTTER: Right, and be too independent.

JUDY WOODRUFF: So push and pull in both...

PHILIP SEIB: That same issue came up with Al-Jazeera English, that people at the Al-Jazeera Arabic channel were afraid that they were going to soften the image of Al-Jazeera.

But these things work out. And I think that the Al-Jazeera Arabic, Al-Jazeera English and Al-Jazeera America will be able to coexist quite nicely.

JUDY WOODRUFF: Deborah, we reported that at this point they are only seen in about half or maybe a little less than half of American homes because of the cable -- limited cable access at this point.

How much of a challenge is that?

I think even those homes that get Al-Jazeera America today, many of them don't know it, because they never found Current to begin with, which was the channel that Al-Jazeera bought in order to put this on the air. So they have both a penetration issue, which is they need to be available in more homes, and then they have to become visible to those homes in which they are available.

So it's a two-step process. It's going to take time.

JUDY WOODRUFF: How tough is it to get on those cable delivery systems, Phil Seib?

I know I live in Pasadena, California, and I can't get Al-Jazeera America on a cable channel. And I think part of it is, there's a bit of a political hangover from the early days of the Bush administration, when Al-Jazeera was greatly vilified. And some of these cable carriers I think are still a little scared of that.

But if Al-Jazeera America starts delivering a very good product, I think there will be public demand for it and eventually people will have the opportunity to choose whether they want to watch it or not.

JUDY WOODRUFF: Well, what is the measurement that you will be judging them by, Deborah? What should we look for from them?

DEBORAH POTTER: Well, I think they're not judging themselves based on the size of their audience, at least from the get-go. So, in a way, I think that is sort of not the relevant measure.

My judgment would be on the quality of the journalism. They certainly have invested a great deal in that. They have hired some very good journalists, some of whom we both have worked with over the years. And they have clearly made promises to them that they're going to be allowed to do serious, hard-hitting, in-depth coverage that is not available anywhere else, that will be covering undercovered communities in the United States, for example.

And if they deliver on that promise, I think, as Phil says, there will be a demand for it. How much of a demand, I don't know, because one of the challenges is that Americans say they want in-depth, hard-hitting, serious news, but they don't actually watch it. So, that will be something we will have to keep an eye on.

JUDY WOODRUFF: What will you be watching for, Phil Seib?

PHILIP SEIB: Well, I think the seriousness of the journalism is important, because what the people back in Doha want, I believe, is for the people in the United States to be talking about Al-Jazeera America, to be saying to each other, did you see that story last night?