The UK government has announced a pilot scheme to help mentally ill people who have been arrested by the police. Mental health nurses will work in police stations in 10 different regions across England. The aim is to identify those with mental health issues as early as possible so they receive the correct treatment. The UK's Care and Support minister Norman Lamb explained: "Diverting the individual away from offending, and helping to reduce the risk of more victims suffering due to further offences benefits everyone." The minister in charge of policing, Damian Green, said: "Police officers should be focused on fighting crimes, and people with mental health conditions should get the care they need as early as possible." 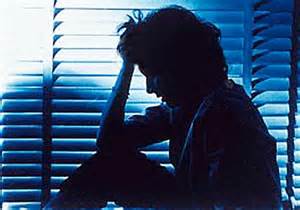 The pilot project could have a big impact on how the UK's police force uses personnel and resources. Police officers currently spend up to 25 per cent of their time dealing with suspected offenders with mental health problems. This is the equivalent of around 26,000 officers. Paul Jenkins of the charity Rethink Mental Illness welcomed the new initiative. He said: "All too often, the way our criminal justice system deals with people with mental health problems leads to poor outcomes for individuals, and frustration from police officers…and others." He added: "This initiative has the potential to stop people going unnecessarily to prison, reduce reoffending rates and save millions in taxpayers' money."