A junior high school in Texas, USA was pleasantly surprised after being swamped by volunteers to stand in for absent fathers. Billy Earl Dade Middle School, in the city of Dallas, posted on Facebook asking for 50 male volunteers to substitute for absent fathers in an event called "Breakfast with Dads". Event organizers were inundated with replies. They said they were astounded after nearly 600 men responded to the request and turned up at the event. The school's inaugural "Breakfast with Dads" event was to enhance community spirit. Around 90 per cent of the children come from low-income families. Many of the students did not have a father who was able to participate in the event. 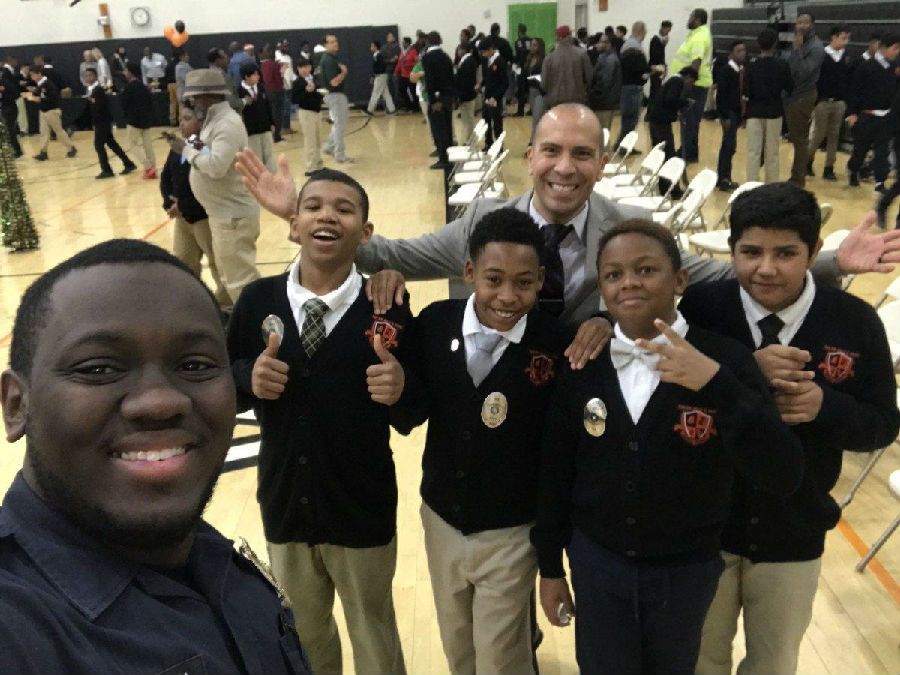 The school said the "Breakfast with Dads" event was part of an overall plan to improve its academic position. Community leaders, mentors and local organizations have combined to implement various projects to increase test scores. There has been some academic improvement at the school as a result of their efforts. A local pastor, the Reverend Donald Parish Jr, said: "When a young person sees someone other than their teacher take interest in them, it inspires them." A school liaison officer, Ellyn Favors, commented on the success of the event. She said: "The look of awe, even disbelief, in students' eyes as they made their way through the crowd of "Dads" was astonishing."